One of the most fascinating yet mysterious cultures of the world! 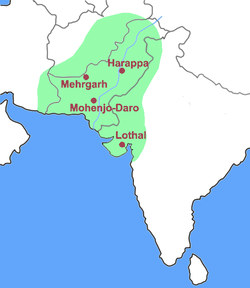 The Indus Valley Civilization is located in the northwestern region of the Indian subcontinent. Flourishing around the Indus River Valley and its surroundings, the civilization mainly centered along the Indus and the Punjab region.

Approximately, the Indus Civilization has a population of over five million people. Inhabitants of the Indus River valley developed new techniques in metallurgy ( the study of metals, their properties, and their production and purification) and craftwork, and produced copper, bronze, lead, and tin. This civilization is known for its cities built of brick, their roadside drainage system, and multistoried houses.
Powered by